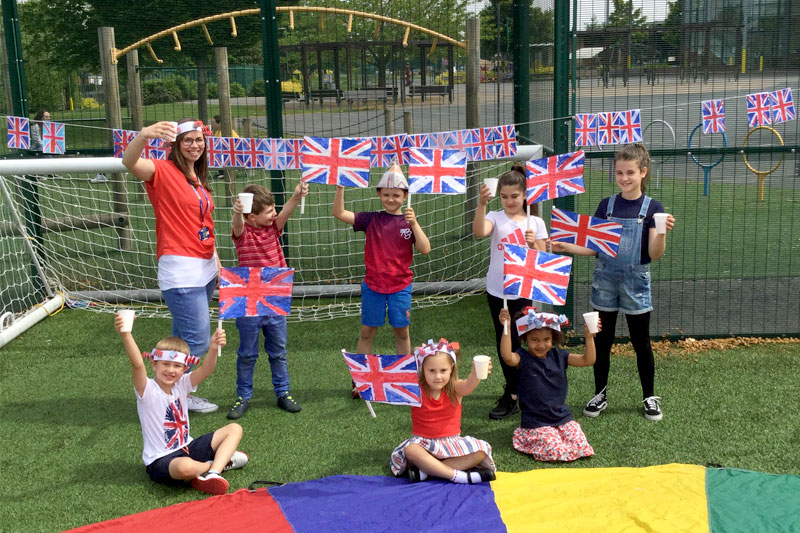 VE Day was a day of fun, togetherness, remembrance and thanks at HLC Primary this year!

As well as holding a virtual celebration for children at home, the keyworker children in school celebrated this historic anniversary in true 1940’s, community style!

They learned about what VE Day was and why it is such an important of our history to be celebrated and remembered. Together, we followed the 2 minutes silence and had an assembly to the music of ‘We’ll Meet Again’.

In order to hold our own ‘Street Party’ as they would have done on VE Day in 1945, the children and staff created bunting and large flags which we used to decorate the fences as we sat together and enjoyed an outdoor picnic to the music of the 1940s. The children were surprised at how different it was to the music they listen to today; “It’s more slow and there’s lots more instruments than the songs I listen to now at home” one child said! Together, we raised a toast to say thank you to our veterans and heroes. After our picnic tea party, in true VE Day style, we created and played some traditional street party games such as Tin Can Alley and we also had a Coconut Shy! We also created our own games on the theme of VE Day and war including one we called “Victory Loops” like the ones the RAF planes would have made during the war!

A great day was had by all, full of appreciation for our past – in today, our present.

“It’s good to celebrate what happened so that we don’t forget. This was a happy event to remember.” 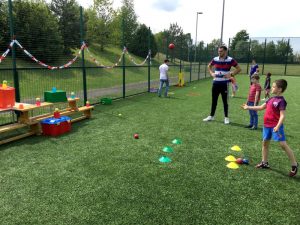 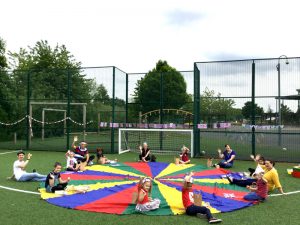 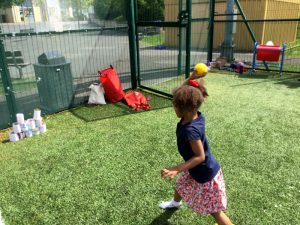 Please select a school
Thank you
SELECT A SCHOOL

Subscribe to our school newsletter and keep up to date with the latest news and events!
SUBSCRIBE
NO, THANKS

*By not subscribing, you will not receive the latest news from HLC Primary
*If you dont receive an email straight away, please check you junk and spam folders.