Lauren Ball (pictured above) has found herself in the media spotlight since she left HLC to take up an apprenticeship with Shrewsbury-based engineering firm Caterpillar. Her voice has been heard on the radio, she has been on ITV Central’s regional news programme, featured in local and national newspapers and also met Ludlow MP Philip Dunne.

Her role in promoting apprenticeships for youngsters, especially females and has seen her win an award as Learner of the Year for In-Comm Academies Engineering. And she is grateful for the role that HLC has played in helping her get on the career ladder.
She started in the reception class in the Primary phase and progressed through the school, successfully gaining her GCSE qualifications in the summer of 2017.

“Schools do tend to try and push you towards Sixth Form, but through the influence of my family and then advice from school I decided I wanted to do an engineering apprenticeship.”

“I spoke to (Head of the Engineering Department) Mr Lee Johnson and told him what I wanted to do and he really helped me. Before the interview stage for the job, he went through with me what to expect and what sort of questions they would ask.”

She said school Principal Paul Roberts has also been very supportive. Lauren’s aim is to qualify as a Quality Engineer with Caterpillar, and her four-year course has seen her spent much of the past year at the new Marches Manufacturing and Technology College in Bridgnorth.

“There has been a lot of publicity about the college as I was part of the first cohort. They wanted me to do it as I was the only female full-time student,” she added. “We need to see more women coming into the industry. Hopefully I can set an example and show them it is a good career to get into. Plus, I am also promoting Caterpillar, which can only be good for the firm.”

Going into engineering was not Lauren’s first plan for a career. She had thought about becoming a primary school teacher, but work experience organised through school helped her to change her mind.

“I have always loved engineering, and then through engineering projects at school plus trips to the likes of Jaguar Land Rover helped to open my eyes to the possibilities. The trips helped me to see what it would be like to work in a factory and helped me make up my mind about my future career.”

Former students will always be part of Hadley Learning Community as part of our alumni. Wherever you are now, we hope you will keep in touch. If you’re able to pop back and share “your story” that would be fantastic. We’d love to hear from you. You can email us at: hlc.careers@lct.education or by clicking below. 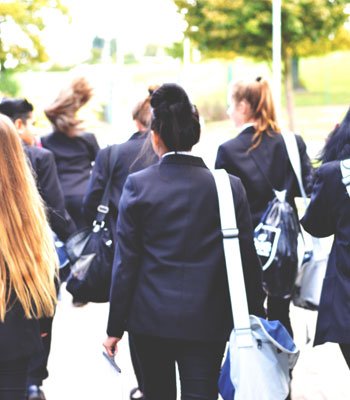